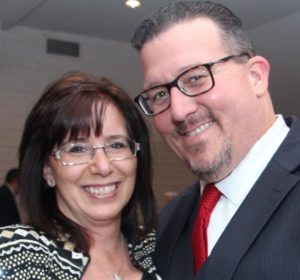 Attorney Patrick B. McEuen is a life-long resident of Northwest Indiana. He grew up in Hobart and graduated with honors from Hobart High School where he played football for the Brickies. He was the 1985-86 class 4A recipient of the Phil N. Eskew Mental Attitude Award at the State football finals in Indianapolis.
Patrick was awarded an Eli Lilly Fellowship to attend Wabash College in Crawfordsville, Indiana.  At Wabash, Patrick was a member of the Sigma Chi fraternity and also played on the football team.  Patrick took the opportunity to study abroad for a semester at the Universite des Etats-Unis in Aix en Provence, France as a student of  Wabash College. During his semester abroad, he played American football with the Argonauts and studied the French language, French literature, and European history.
Patrick graduated with honors from Wabash in 1990, receiving a B.A. in English Literature. In 1993 he received his Juris Doctorate at Indiana University’s School of Law in Bloomington.  While in law school, Patrick was a member of the moot court team which participated in a mock appeal competition in Chicago, Illinois.

Patrick began his law practice at Singleton, Crist, Austgen & Sears in Munster, Indiana in 1993. He left their firm after eleven years with the last four years spent as a partner. He joined Millbranth & Bush in Valparaiso, Indiana as a partner in 2004.  In 2012 he decided he needed a change of scenery and began practicing Of Counsel for Rhame & Elwood in Portage, Indiana.
While practicing law in Portage an opportunity presented itself to open his own firm so on March 1, 2014, Patrick and his wife, Sandy, opened McEuen Law Office. While his practice has become more general in nature, Patrick is a dedicated civil trial attorney in all matters for his clients.

Business Manager Sandy McEuen was born in Chicago and moved to Hobart, Indiana while in elementary school. She attended Hobart High school where she was active as the boys track manager, a color guard member, in choir, acting and singing in various theater and musical productions in school and in the local community.  Sandy also graduated with her husband, Patrick.  She had chosen an artistic path as her original career choice but when the cards did not line up, she instead made the best decision to serve her country in the United States Air Force.  Sandy is the only female veteran in her family’s history.  Her family members have served honorably in all armed forces branches except for the Coast Guard.

Sandy became a jet engine mechanic for F-16 fighter jets while stationed in Germany and EC/RC-135’s in Nebraska, both in shop and on the flight line. In Europe, she worked side by side with civilian reps for GE, who manufactured the F-110 engine in F-16’s, and helped to analyze crash sites for engine malfunctions.  She traveled throughout Germany and Europe with this team.   She also gained valuable skills in the management of equipment and personnel while in the military.  Sandy served honorably for four years of active duty and four years in the reserves in four states and in Europe before leaving the Air Force. She began her civilian life in the state of North Carolina and later moved to Maryland where she diversified her business experience by working in various business industries: real estate, insurance, banking and finance, retail, manufacturing, construction, electrical utilities, legal, and market research. She has dedicated a fair amount of time in business to customer service and it is evidenced by not only her ability to make clients feel welcome in the office but by the time she takes to give clients insight into what they might expect whether they are heading to a court hearing, mediation or a settlement conference.

Sandy has done independent coursework in banking, finance, and behavioral sciences. She is a Notary Public for the State of Indiana, a member of the Indiana State Bar Association and Lake County Bar Associations as a legal administrator.   She remains affiliated with Honor Flight Chicago as a DC Guardian for WWII veterans.  Sandy has served as a guardian for four WWII veterans when they visited their memorial in Washington, D.C. including two very special veterans, her great-uncle Bud and Joe Popp, the father of one of her Northwest Indiana friends.  These experiences were filled with patriotism, love of country, and selfless service to our Greatest Generation.
While she wandered from the original creative vision she had for her life, Sandy has instead used her decades of business and military experience to create a relaxed management style at McEuen Law Office for their clients.

Patrick and his wife, Sandy, reside in Portage, Indiana. They have five children; four sons and a daughter and one very spoiled dog.

Together, Patrick and Sandy support various local sports teams because of their children and also other organizations:  Courtside Ministries, Wounded Warrior Project, Honor Flight Chicago, the USO, and Wreaths Across America. They are both former board members of the Portage Township Education Foundation, and current members of the Portage Chamber of Commerce.